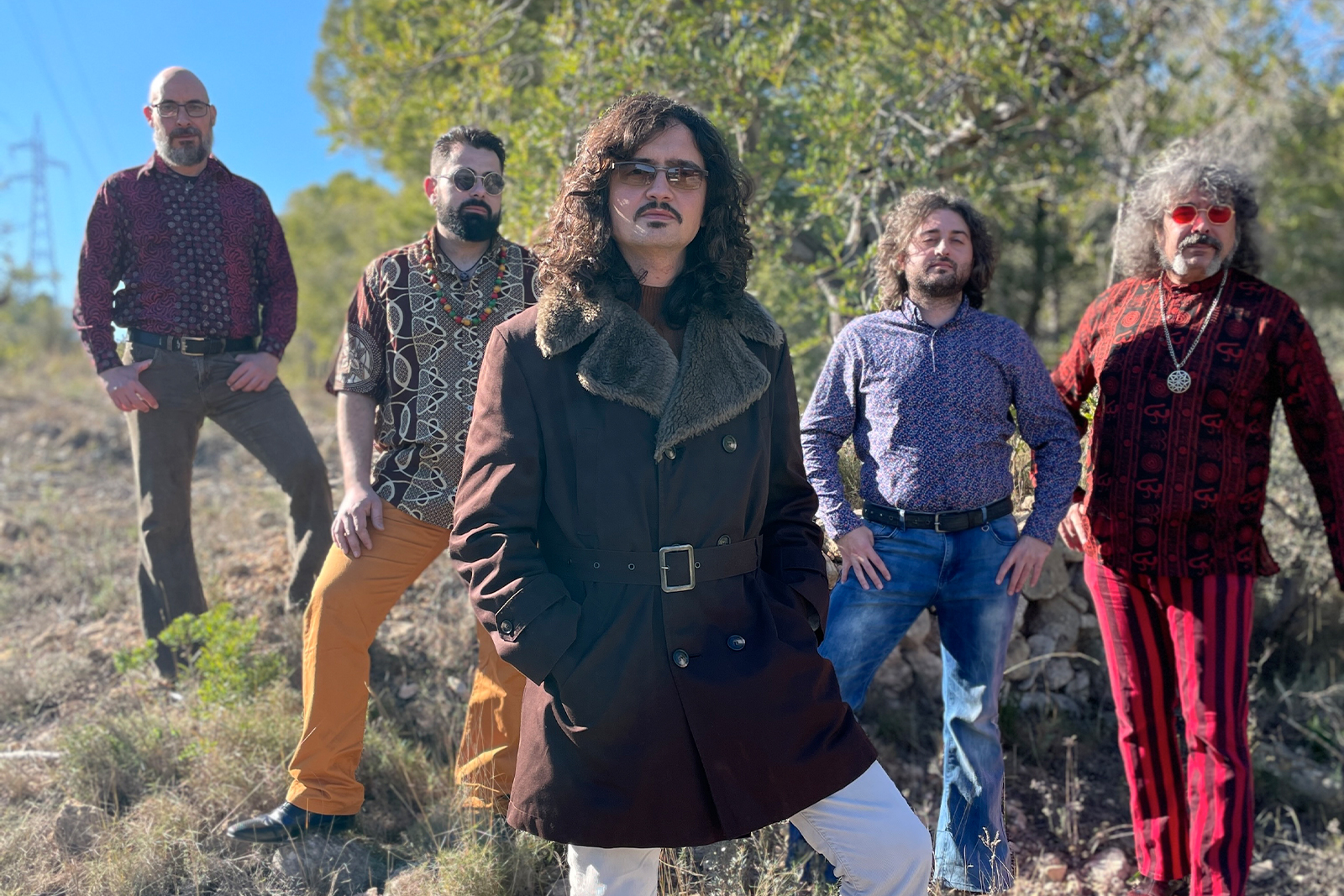 Formed in Murcia in 2016, and with two albums behind them – “En el agua” in 2018 and “Piel de Lince” in 2021 – we are talking about one of the stand-out bands on the European psychedelic beat scene.

In addition to these releases, they have a variety of material on digital platforms and a powerful hallucinogenic /festive live performance that has led them to play at many venues and festivals on the peninsula and to visit Portugal and Germany on three occasions.

This album was recorded using the same techniques with which the legendary records of the new Latin American wave were recorded in countries such as Venezuela, Bolivia, Chile and Peru. Today, these may seem rudimentary, but they give the necessary character to focus tracks such as “Biónicos”, which speaks of the progressive desire that, 50 years ago, imagined a future year 2000 where all the problems that had led humanity to harm itself had been eliminated.

On this album we can find a lot of pacifist (“Abrir la mente”, “Rayo Molecular”) and feminist (“Piel de Lince”, “Kadin”) messages. Of course, this whole record is stirred by the airs of free love that were current in the early 70’s, not only in places like Woodstock and San Francisco, but in Avándaro (Mexico) and some places further south on the new continent, to which” Kama Sutra “or” Azufre y Fuego” are able to transport us.

There is a feeling of free love, and there is a feeling of nostalgic love (“Evocación”), disappointment (“Mentiras “), and even lovelessness (“Sinéxitot”). All this is intertwined with Latin colours and rhythms, as is the case with “Me Siento Loco” or “Duda”. In short, 12 songs that have laid the foundation for their next work which is already in the process of creation and which will be a conceptual and dystopian album telling of the end of life on earth and the importance of the commitment to ecology.